NDAA Allows Detention of US Citizens? 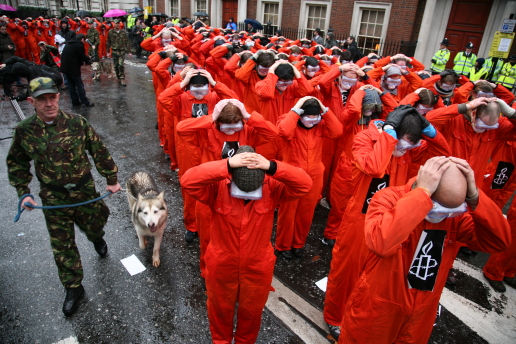 Many Americans are still unfamiliar with the controversy over this year’s National Defense Authorization Act, and even fewer actually understand what the NDAA actually is. Every year, Congress must set certain limitations on the behavior and authority of the military. This year, some of the provisions in the bill were fairly vague in their definition of persons covered, and there was much concern that this could lead to abuse of citizens right to due process… and essentially all of our other rights along with it. Since shortly after the American Civil War, there has been a separation between the military and local law enforcement; that line has been blurred and outright pushed in the following years, but without setting clear definitions of persons covered by the bill that line has, in effect, been removed.

The bill originally passed (flew…) through the Senate by call-in vote of 93-7, but Sen. Rand Paul happened to actually read the bill and called for a present vote to address some of the provisions in the NDAA. The House Committee on Armed Forces reviewed the bill, several changes were made, it met the standards of both the Senate and House of Representatives, the President signed it on December 31st, and it became law. By this time, however, half of the Internet thought they would have our own version of Mussolini’s “Brown Shirts” knocking on their door at the next morning. Fortunately for them, language was added to the bill that identified American citizens and anyone on American soil as not under the authorization of the NDAA. Somehow, many of those concerned about this law did not get the memo.

The section of the bill which addressed authority for the military to detain individuals was amended (along with several other sections) to include language which directly stating that the bill does not apply to United States citizens or persons within the US (1-LOC-[NDAA]). Even in conjunction with the Enemy Expatriation Act, SOPA, or any of the other bills that people have been worried about recently, the military still does not have authority to detain or arrest US citizens, and no government agency can hold a citizen without due process. The President issued a statement which explained the changes to the authorization for detainment (2-White House), but few seem to have noticed.

Fear mongering is nothing new, especially in recent years, but a little confusion and an over-abundance of at-home-internet-news sources all drawing information from the same pool has proven to be a terrible mixture. I was very concerned about this bill, myself, and was looking for information about the potential threat that it posed. A wave of videos about the bill and others, like the Stop Online Piracy Act (SOPA) and the Enemy Expatriation Act (EEA) have much of the internet nearly at arms; Americans everywhere believe there rights have just been stripped, and few mainstream news sources are even talking about the bill, let alone describing the effects it will have on the law. Headlines like, “Obama Signs Bill Allowing Indefinite Detention of Americans” (3-ritholtz.com) were common place across the Internet in the weeks following the signing of the NDAA. Of course, even the American Civil Liberties Union (ACLU) got in on the fun, issuing a statement that dances all over the changes made to the bill but never actually addresses the change (4-ACLU). Many have used this statement from the ACLU as verification (“proof”) that the bill, as it was signed by the president, allows for the arrest and indefinite detainment of American citizens. The ACLU article even references the signed statement made by President Obama, but completely ignores that the bill was even amended at all. At this point, there is so much conjecture that there is hardly any room for facts.

There is a sub-culture thriving in this country that feeds off of hysteria. In the wake of 9/11, many Americans have become more aware of political dealings in the United States, many of who are concerned about the potential loss of liberty that we face as we continue this “War against Terror”. Of course, causing a panic (considerable damage/social disorder) can classify you as a terrorist; inciting a riot, carrying out and even planning of violent attacks against the American government or its citizens all fall under acts of terrorism and could land someone on a government-watch-list or even arrested (not by the military, obviously… for now, anyways) (5-PATRIOT Act), and if you can only see a conspiracy in that, you would fit in well with this sub-culture.

We need to verify news of this magnitude, especially before running around scaring people about losing their rights as a citizen. I think most people would agree that Americans need to inform themselves a little better about how our government works, and the world in general. It is easy to ignore the rest of the world because we feel we elect officials to worry about it for us, but that is gross negligence of our responsibility to ourselves to protect ourselves and our interests. Obviously, even our government loses sight of its own values from time to time; thank God that someone in Congress was paying attention… we obviously weren’t.